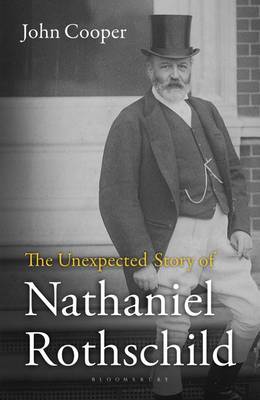 The Unexpected Story of Nathaniel Rothschild

The Unexpected Story of Nathaniel Rothschild is the only full length biography of Nathaniel, the first Lord Rothschild (1840-1915). The Rothschild family in all its branches is of compelling and continuing interest and fascination. A family that could make or break dynasties, that could bankrupt industrial magnates but who also were outstanding philanthropists and collectors of some of the world's greatest art treasures. Ardently supportive of the founding of the State of Israel, Nathaniel was also adept at playing the political game within and without Jewry. He went to extremes to ensure that Jewish refugees from Russian pogroms went to Israel and did not come to the UK. The first Jew in the House of Lords, he had previously stood as a Liberal MP and fought for social justice. Though brought up in France, he was in fact the founder of the English Rothschild dynasty and thus of N.M. Rothschild the private bank. He knew every leading British politician from Disraeli to Lloyd George. Indeed as a leading figure in the City, he helped Lloyd George to surmount this country's worst ever financial crisis. He died a man mourned by the political elite and the masses.
It is only now that his story has been fully told.

This is the only full length biography of Nathaniel, the first Lord Rothschild

John Cooper is a social historian, specializing in Jewish history. He is the author of four previous books including The Child in Jewish History (Aronson) and Pride versus Prejudice: Jewish Doctors and Lawyers in England (Palgrave Macmillan). After studying history at Balliol College, Oxford he practiced in London as a lawyer. He is a Fellow of The Royal Historical Society.