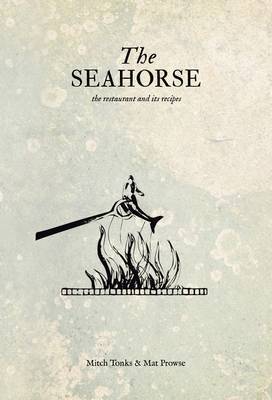 The Seahorse: The Restaurant and its Recipes

The Seahorse restaurant, nestled on the mouth of the River Dart, champions some of the best fish and shellfish in the world from the nearby landing site and is a favourite haunt of the foodie establishment. The menu is a seafood lover's tour of Europe's great fish dishes and cooking over a charcoal fire is the restaurant's speciality. With an emphasis on freshness and the catch of the day, the food's simplicity is as deceptive as it is delicious. Cherished by critics, foodies and locals, The Seahorse is a rare gem in Britain's sea of restaurants and was named 'Best Seafood Restaurant in the UK 2013' by the Good Food Guide and 'Best UK Restaurant 2012' by Observer Food Monthly. The Seahorse showcases over 70 spectacular dishes served at the restaurant. Celebrating the seasons and reflecting the restaurant's changing menu in tune with the harvest from the waves, it combines insightful features focusing on the restaurant's suppliers in Europe and stunning photography from Chris Terry to create a beautiful and accessible addition to any seafood lover's kitchen.

Stunning photography brings to life the recipes of one of nation's favourite seafood restaurants, The Seahorse.

The Seahorse... is perfect. Our dinner there was the best meal that I have had all year. -- Giles Coren The Times Mitch Tonks is a legend. He makes simple, delicious food that I want to eat. -- Jamie Oliver

Mitch Tonks, voted Tatler's Restaurateur of the Year and labelled by The Independent as 'a fishmonger for the 21st century', is driven by an honest passion to enthuse, cook for and inspire others to enjoy seafood. His list of awards and recognitions is testament to his hard work and inspiration, and he is respected as a credible voice and enthusiastic supporter of the fishing industry. Mitch has published numerous seafood cookbooks, developed the Eat Fish iPhone app, created the South Devon Seafood Academy and last, but by no means least, co-founded one of the finest restaurants in the UK: The Seahorse. Television appearances include Saturday Kitchen, Market Kitchen, MasterChef, Great Food Live, Fish Food and Mitch and Matt's Big Fish. Mitch also demonstrates at various cookery schools and regional festivals throughout the year. Mat Prowse is the brilliant chef and co-owner of The Seahorse. Mat was classically trained and has almost 30 years' of industry experience, including several Michelin starred kitchens. He was the Head chef at Bath's Queensberry Hotel and the Olive Tree Restaurant. Together Mitch and Mat opened the FishWorks restaurants. They then left FishWorks to follow their dream of opening a small restaurant serving great seafood by the sea, and thus, in 2008, The Seahorse was born. seahorserestaurant.co.uk mitchtonks.co.uk @MitchTonks @MatProwse @SeahorseDevon